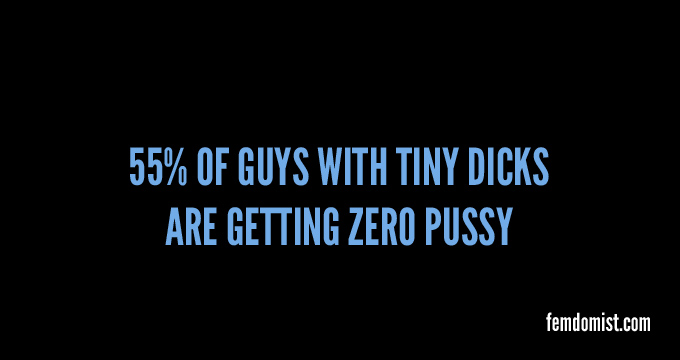 Not so shocking results of a recent poll show that 55% of guys with small penises are not getting any pussy at all.

Men with tiny dicks were asked when the last time their penises touched a pussy in a poll that ended earlier this week.

Everyone assumed safely that the results would be bad but these were beyond hilarious. Most of the guys were either still virgins or have been deemed pussy free for life. 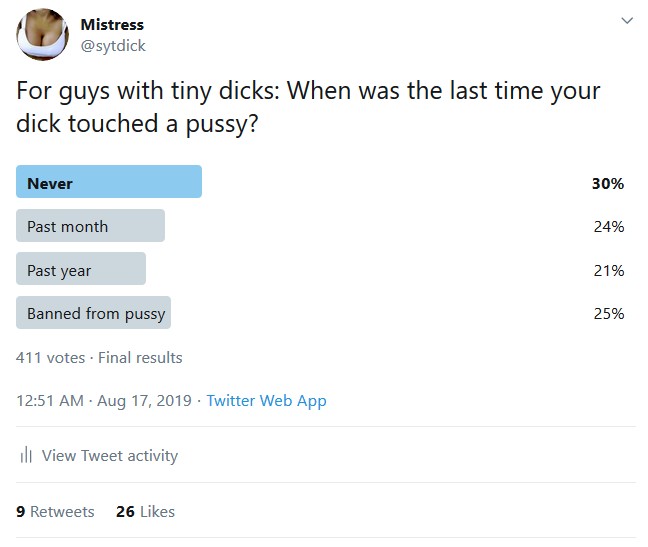 That’s just sad but oh so suitable too! This just once again shows that size does matter. Check back for more SYTD Polls in the future. 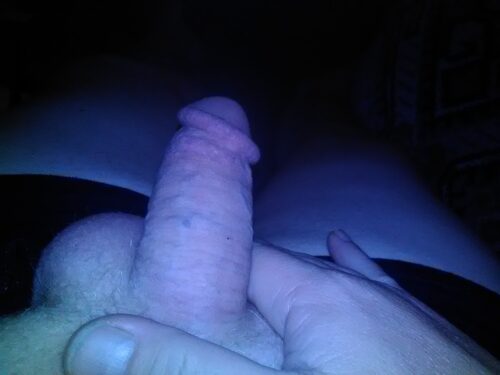 What ya think about this small white penis?

My girlfriend measured me!

Stroking for my big tits while I talk dirty

We both did the Pringles Comparison Challenge

I Tried the Condom Challenge and Failed

Serious Shortcomings: My wife has just about had it

Elisha - Stroking for my big tits while I talk dirty

Hello There. I discovered your weblog the use of msn. That is a really neatly written article. I'll make sure…

excellent publish, very informative. I wonder why the opposite specialists of this sector do not understand this. You must proceed…

Thanks for every other magnificent post. Where else may just anybody get that kind of info in such an ideal…

Darnell - Stroking for my big tits while I talk dirty

Hi there, I desire to subscribe for this webpage to take newest updates, therefore where can i do it please…